My Path to Public Service

My Path to Public Service: How a Fellowship Helped Me Build My Career 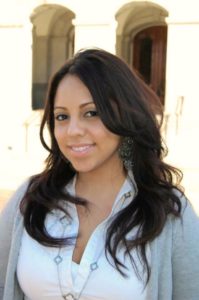 I grew up in a working-class neighborhood of California in an area that has seen its fair share of economic struggles. Our skies were permanently stained gray, a result of the smog blowing in from far-away urban cities. On good days, the air quality didn’t interfere with our childhood desire to play outside. On bad days, we spent our time indoors; doing everything we could to avoid the toxic air.

Even as a child, I knew that these experiences were likely not shared by other children in more affluent areas.  Early on, I would come to understand that my quality of life was affected by the lack of political will at the hands of our elected officials.

In college, I became active in immigration rights advocacy. My passion for this movement stemmed largely from my work at a nonprofit law firm helping undocumented victims of domestic violence apply for immigration relief. I grew intimately familiar with the horrors of their cases and increasingly frustrated with the current immigration system. These women were forced to stay in unsafe relationships for fear of deportation, their fates unfairly hinging on approval of their cases.

Early on, I would come to understand that my quality of life was affected by the lack of political will at the hands of our elected officials.

It was this frustration, coupled with my childhood experiences that motivated me to pursue a career in public policy. Through a college professor, I learned about the California Capitol Fellows Programs, four different nationally-recognized fellowships among the three branches of state government that affords fellows the ability to develop and implement public policy.

My desire to support disenfranchised communities led me to apply to the California Senate Fellowship, a unique opportunity to learn the legislative process and the intricacies of policymaking. I was among 18 fellows chosen and was placed in the office of Senator Gil Cedillo, an immigrants’ rights leader who fought for in-state tuition and drivers licenses for undocumented immigrants. This fellowship allowed me to work with colleagues who shared a passion for helping people and advancing issues that impact hard-working Californians—like the people of my hometown.

Little did I know that my fellowship would catapult my career in public service. After five years in Sacramento, and after having ushered numerous pieces of legislation, I was offered the opportunity of a lifetime: to work for the newly-elected member of Congress representing my hometown in Washington, DC. As one of the few Latina Legislative Directors on the Hill, I couldn’t help but notice the obvious lack of diversity. It was isolating. I often found myself as one of the few people of color in high-level meetings. This underrepresentation does not go unnoticed among the Latino professionals in DC, a primary reason for the tight Latino network in the city.

Little did I know that my fellowship would catapult my career in public service.

As the US population changes, it is important that Latinos have a seat at the table and a role in the changing policies of our country. There has never been a more important time to ensure diversity in public service. But for most people, trying to get a job in Congress or other federal government agencies is an incredible feat. Unlike traditional businesses, there are rarely instances where one simply responds to a “wanted” ad and gets an interview.  Instead, it’s a lengthy process that often requires existing experience in a legislative setting and a strong network of other professionals willing to put in a good word for you.

Many people start on the Hill as unpaid interns and later seize opportunities for paid positions. But for many Latinos, the cost of living in the district and the lack of financial support from their families create obstacles almost impossible to overcome.

Still, I urge anyone with the passion to work on federal public policy to pursue the many paid fellowships, internships, and (if you can afford it) unpaid opportunities to gain important experience and start a career in public service.

Following the many conversations I’ve had with Latinas looking to start a career in public service, I’ve compiled a few tips:

Teresa Acuña served as Legislative Director to Congresswoman Gloria Negrete McLeod, where she focused on economic and higher-education policy.  Prior to arriving in DC, she spent five years working in California state politics as a lobbyist and in various positions in the state legislature, including as Legislative Director for Assemblymember Luis Alejo.  A former California State Senate Fellow and Legislative Aide to former-Senator Gilbert Cedillo, she helped usher in various pieces of legislation that sought to diminish social and civil inequalities. Teresa is a graduate from San Diego State University, majoring in Political Science and Chicana/o Studies, and a California native.